Just added to your cart

I AM SO EXCITED, SHOPIFY INTERVIEWED ME FOR THEIR BLOG POST!!!

Keisha Greaves was a graduate student striving toward a career in fashion when she started to experience unusual symptoms. On a visit to the supermarket one day, her leg gave out and she collapsed to the floor. “It wasn’t the first time I felt like that,” she says. “But I think it was then that my mom and sister were like, ‘Something is not right.’” The 24-year-old was eventually referred to a neurologist—and diagnosed with limb-girdle muscular dystrophy.

As symptoms progressed, she thought her career in fashion was over, but connecting with a community of supporters encouraged her to start her own business. Entrepreneurship became a vehicle for her to pursue her ambitions once more. Today, she runs her own business from her home, and her work through Girls Chronically Rock allows her to give back to the disability community that has supported her journey.

It’s been 10 years since the diagnosis that would change the trajectory of Keisha’s life. She didn’t arrive at this place—openly discussing her life with disability—overnight. In the beginning, she couldn’t even have that conversation with herself. “There’s no treatment, there’s no cure,” says Keisha. “And so, of course, I totally started to shut down.” She brushed off plans with friends and didn’t speak to her family about her feelings.

I never said I had muscular dystrophy, because it felt like saying it out loud made it real.

As her symptoms began to progress, she needed to use a cane. At work and in interviews she would claim that she sprained her ankle or had been in a car accident. “I never said I had muscular dystrophy, because it felt like saying it out loud made it real,” Keisha says. By that time, she was working in the fashion industry as a merchandiser for international fashion labels at major department stores.

The disease’s effects were becoming more obvious though, and Keisha, who needed increased accommodations, said that she experienced discrimination from her employers. A friend suggested she start a blog to talk about her frustrations. “I was like, ‘Write a blog for what?’” she says, “because here I was still thinking I didn’t have muscular dystrophy.”

I thought to myself, ‘It’s time to put my dreams to use.’

It wasn’t until Keisha opened up about her disability that she started to accept the diagnosis. “I posted it on social media and I got so much positive feedback from people,” she says. Through blogging, Keisha was connected to the disability community, where she found support and finally made peace with her diagnosis. She wanted to give support in return. “I thought to myself, ‘It’s time to put my dreams to use.’”

The inspirational messages Keisha was sharing through blogging and social media became the basis for an idea—graphic tees that could spread those messages even more widely. She launched Girls Chronically Rock with a few t-shirt designs on an online marketplace before moving over to Shopify in 2017. “As it started to grow, I thought, ‘It’s time to get a more professional branded website,’” she says.

Build your dream—start your free 14-day trial of Shopify.


Girls Chronically Rock isn’t just a t-shirt company, Keisha says. “I think of it as a movement.” Her collection has now expanded beyond tees to accessories and face masks, in response to the global pandemic. And, due to the nature of her business, she’s also been able to easily spin up new t-shirt designs to address what’s happening in the world, including intersectional messages for the Black disabled community.

Girls Chronically Rock is a business that provides independence, enabling Keisha to work from home and set her own hours based on how she’s feeling from day to day. “It is best that we work for ourselves,” she says, “because we don’t know how the outside world is going to accept us.” Sometimes, she says, it takes her a little longer to get out of bed, but even on those days she’s still able to run her business from her phone. She’ll take that time to respond to customers who are largely part of the disability community, too. “They get it,” she says. “I feel comfortable letting them know when I’m having a bad day and orders will be delayed.”

Keisha’s involvement in disability awareness and work with Girls Chronically Rock has helped position her as a spokesperson within her community. She has been asked to share her story at colleges and on industry panels. This month, she spoke as part of Think in Color, a three-day event that featured talks from women of color who have built successful online businesses.

She has also connected with Partners for Youth with Disabilities, a local organization that aims to build skills and abilities of young people, while increasing accessibility and inclusivity in the community and in workplaces. “I speak to young kids on a regular basis,” she says. “I tell them, ‘You can accomplish and do anything you want to.’”

I truly believe that things happen for a reason.

Despite her unexpected setbacks, Keisha is rewriting an alternate future in fashion. “I truly believe that things happen for a reason,” she says. She hopes to combine her personal experiences and her foundation in the fashion industry to launch her own line of adaptive clothing. “I go to physical therapy in the pool, and it is a hassle to put on and take off a bathing suit,” she says. “I want my line to include adaptive activewear and swimwear, because I haven’t seen that yet.”

Keisha is already in conversations with fashion faculty at her alma mater, Framingham State University, to bring adaptive clothing lessons to the curriculum. Whether in person or remotely, she’ll take on the role of consultant during these classes, helping graduates enter the fashion world with a broader perspective of inclusivity. “What’s a better place to start than where I graduated from?” 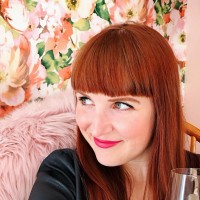 Dayna Winter is a Storyteller at Shopify, curious about the humans behind the brands and the moments that motivate them to create. She follows more dogs than humans on Instagram and isn't